Overwhelmed with excitement and filled with anticipation, the 24 of us boarded the Bangkok-bound airplane, knowing little of the unforgettable lessons that this six-day journey would teach us.

Undeniably, the trip was much more difficult and laborious than I had previously imagined. I still vividly recall the pain of the stinging ant bites all over our legs as we harvested and gathered crops of wheat with metal sickles for hours under the scorching sun of Chiang Rai. I remember treading through the boundless rice field, continuously moaning that I was definitely not going to become a farmer even if I went unemployed. It was only through the hours of labour that I understood how arduous and difficult it was for each and every grain of rice to make its way to our bowls, and truly learnt to appreciate the food that I, for too long, have taken for granted.

It was a challenging journey, nonetheless, it was also a once-in-a-lifetime experience, cliché and corny as it may sound. The simple joy of the children never failed to astound us throughout the trip: their contented smiles and giggles at the most insignificant things; their innocence and curiosity; and most importantly, the dreams they all carried for their future — fearless, but pure. I recount many of the boys saying they wanted to become professional footballers when they grew up. A few of the girls dreamt of becoming hairstylists. As a student who grew up in such a bustling metropolis where such dreams are often brutally smothered, it truly was heartening to hear these children share their guileless dreams.

What I gained from this trip was far more than an aching sunburn and itching mosquito bites. Not only did this trip to Chiang Rai teach me to be grateful for all that we often take for granted — be it a warm bowl of rice, or a stable roof over our heads; it demonstrated to me that happiness could be so simple.

In November, I had the opportunity to participate in the Chiang Rai Service Learning Programme.  During the trip, I was engaged in different service-based activities such as wheat harvesting, wall painting and organising teaching workshops for the children in Akha Heart Foundation.

Before the programme, we had to prepare materials for two two-hour workshops for the Akha students in the evenings.  The preparation process was especially challenging, as we did not know a lot of key things:  the students’ age, their Putonghua level, and their level of knowledge in Chinese culture, which was the main focus in our lessons.  Prior to the lessons, we spent numerous hours trying to strike a balance between interactive games and informative talks, racked our brains trying to find a way to engage the students, and thought of various contingency plans should our original proposal not be feasible.

However, all our preparation work fell apart at the very start of the lesson for the 9-to-12-year-olds.  The children were jumping around, shouting at us and simply did not want to sit down and start the lesson.  In order to restore order, we changed up the sequence of our teaching materials by letting the children play some traditional Hong Kong games instead of talking to them about Hong Kong food.  Our flexibility definitely paid off – in just 5 minutes, they had sat down and were listening to our game instructions attentively.  In the end, not only were they learning a lot about tactics and mutual encouragement, but we could all see from their smiles that they were all satisfied with how the lesson went.

I really have to thank the Akha children for strengthening my communication skills.  During the first few minutes of the lesson, we had shouted at them to sit down and keep quiet, but to no avail.  It was when I snatched the spinning top that they were playing with and playfully warned them, “If you do not pay attention, the spinning top stays with me forever and ever”, that they reluctantly settled down.  Commands have to be given, but the art of giving them is something we should all learn.  No one likes to listen to harsh words, and everyone likes to be spoken to like an equal, so why bother shouting out commands when you can achieve higher efficiency by speaking softly?

When we carry out a service project, we have to constantly ask ourselves: what are the needs of our target service group? Contrary to our perception at first, though the orphaned children had very limited resources, their needs were not tangible.  They needed someone to love them and give them undivided attention because their lives were lacking parental love and guidance.  After the lessons, the children clustered around us, hugged us and said variations of “I don’t want Teacher to leave”.  Then I had my eureka moment: what we could give them was not our knowledge of Chinese culture and Chinese words, but two hours of undivided attention, companionship and happiness.  Through interacting with Akha children in Chiang Rai, I understood the importance of love and care to children’s development and mental health.  At the first glance, the children might have looked and sounded like any other child with a loving family, but through their longing gazes and their passion for prolonged hugs, I knew that deep down they longed for love.

What I had gained from this trip was way more than what I had given to the locals in Chiang Rai, and I think it is safe to say that this trip was one of the most memorable weeks in my life.

A quote said, “The best feeling of happiness, is when you’re happy because you’ve made someone else happy.” This cannot be truer during the six-day journey in Chiang Rai, Thailand, where we taught orphaned or migrant students and spread them happiness.

The highlight was definitely the final night there. We were going to teach them how to build a water rocket and introduce them to physics. We stepped into the classroom filled with elementary-level schoolmates, and immediately indulged them in an assortment of interactive games. Simon Says, Duck Duck Goose, Ninja – whatever it took to draw smiles on their faces. We split the class into three groups in order to successfully establish a stable yet strong bonding among us and the students. We accompanied them on building the rocket, and they joked with us.

Although we were not savvy in Thai, we seemingly understood their gestures. They were gestures of happiness, content and gratitude. In our hearts, we let out a sigh of relief. We did it. The students screamed in ecstasy and clapped their hands frantically as the water rocket lifted off from the surface. At least for once in their lives, they were proud. They were proud of themselves, as creative builders of tomorrow. They were proud of us, as brothers and sisters who actually took care of them. These all corroborated to the fact that we cared about them. We cared about their happiness, about their satisfaction.

Our avid teaching attitude has made us no longer teachers, but brothers and sisters. Only by then were we able to effectively convey our messages, not just for their sake of knowledge, but also for them to be happier.

That night, we had fun with them. We had fun like children. We were childish yet mature. We were happy.

This was the power of caring. During the final moments, they were particularly jubilant, yet, some were sad that we were to leave them on the same night we met them. Some of us cried as they parted.

As a whole, the trip itself was God’s blessing. It was short. Six days. Four hours only for teaching. Yet, the smiles of the students, the jubilant shouts, the memories, will be forever entrenched in my heart. 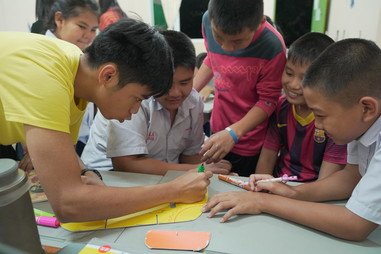 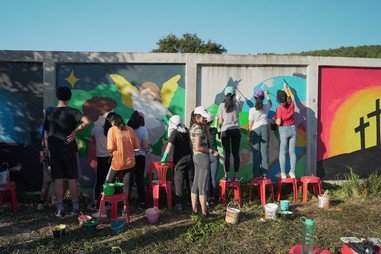 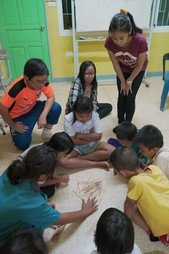 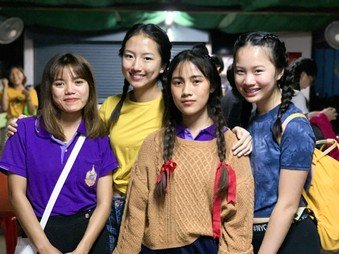 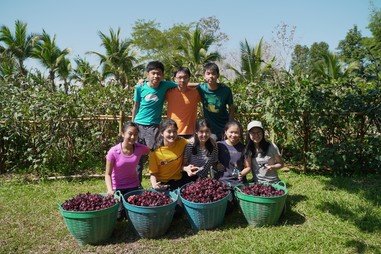 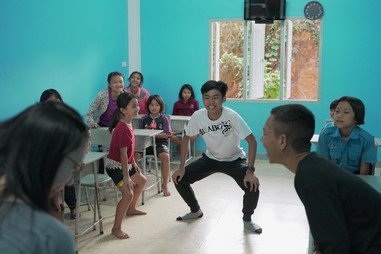