I am privileged to visit Anglo-Chinese School (Independent), a prestigious IB school in Singapore during the summer holiday. The trip is indeed eye-opening - it not only deepens my understanding towards the cultural diversity in Singapore, but also exposes myself to the Singaporean education system, which facilitates me to reflect on the strengths and weaknesses of Singapore and Hong Kong.

Singaporean residents are from a variety of countries, but there are no racial barriers or hierarchy. People regard one another equally as “Singaporean”, while they also treasure and respect the cultural and language differences amongst their original nationalities. This can be revealed by the way they recite their national pledge, which they would recite in Chinese, English, Tamil and Malay respectively, the four official languages in Singapore.

The learning atmosphere in ACS(I) was, to my surprise, relaxing. Students can put their phones in visible places during lessons or even use them when there is a need, without annoying others. Discipline is seemingly not very really strict in the school. However, the students are conscious of the repercussions of their behaviors and the bottom line. They understand the expectation of the school, and would not deviate from it; based on such mutual respect, the school is comfortable in entitling them great freedom.

Generally, the life in ACS(I) is not purely academically-oriented. All students have to engage in one or more extra-curricular activities, and preferably to obtain outstanding results. Nevertheless, they also face intense exam pressure when the exam is approaching, and study really hard to strive for excellent results. Overall, this week of exchange was a rewarding experience for us!

In mid-July, the six of us set off for our exchange to Anglo-Chinese School (Independent) in Singapore. The school campus is very large, and there are the junior and senior, as well as the local and IB sections. My exchange buddy Minyi introduced me to her classmates. They came from different countries such as China, Korea, Germany, and even Myanmar. Despite the differences in nationalities, they were all very friendly and welcoming. Their after school activities were also fabulous. They have a rugby team and even a canoeing team. As an IB school, all the students fully understand the importance of different IB assessments such as the internal assessments of different subjects. The students in my class all took Mathematics, Physics and Economics at higher level, and the courses were very demanding. They were all very devoted in learning, and they always asked follow up questions after every class. After attending their classes, I realized that studying is always very challenging for everyone, however, there’s no shortcut. If you want great achievements in academics, you have to put in enough effort and be passionate in learning. The situation applies to our school as well, since our school is also an extremely competitive place. The exchange programme is a blast, and everyone who attends it will surely learn a lot. I highly recommend the upcoming F4 students to join this meaningful exchange immersion programme next summer. 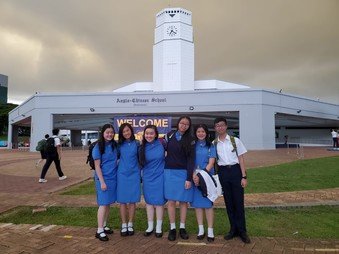 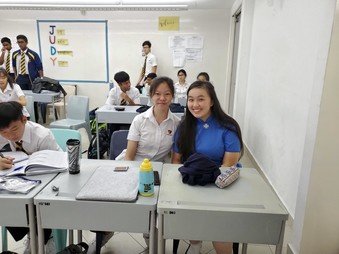 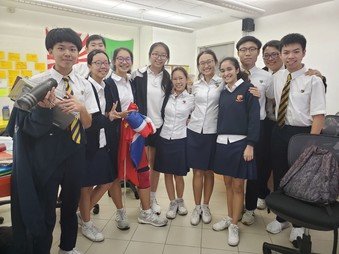 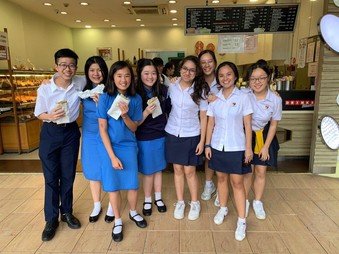