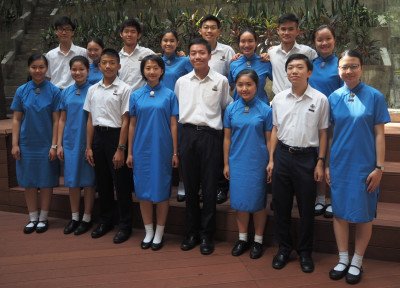 We have two student organisations, namely, the Prefect Board and the Student Union. The Prefect Board is led by two Head Prefects, two Deputy Head Prefects and four Prefect Councillors. In addition to F6 and F5 Prefects, there are Prefect Trainees from F4. They are elected by both teachers and students. They will strive for excellence to uphold the good name of the school and serve with honour.